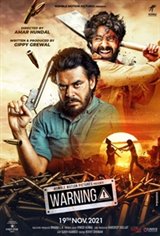 Pamme gets introduced to Bai Ji after his Father’s death, who asks him to kill Jagga. Pamma shoot Jagga. BHAI JI's plan to kill Pamma to cover his tracks. Kalla after Stabbing Pamma becomes the right hand of Bhai Ji. Shinda Escapes out to take revenge. He is trying to find his father’s killer. Meanwhile, Police is also chasing him. To protect himself from cops he kidnaps the daughter of MINISTER. Pamma kills Bhai ji and his men give GEJJA SINGH a contract to kill PAMMA. GEJJA gets another job from the Minister to Kill Shinda. Let’s find out the next adventure of GEJJA SINGH finding PAMMA/SHINDA.