What to watch at home this week September 13 to 19 Published By Alexandra Heilbron on Sep 14, 2021 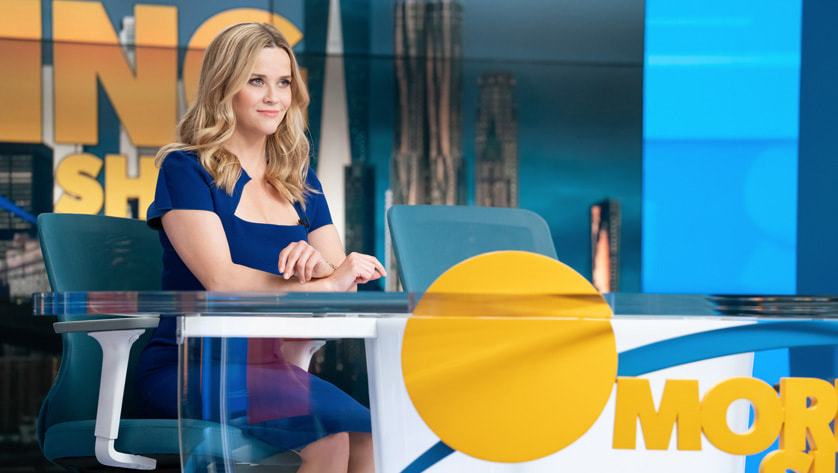 The Morning Show: S2 - This new season focuses on how Alex (Jennifer Aniston) and Bradley’s (Reese Witherspoon) lives changed after being live on air when they learned of Hannah’s death. UBA’s president, Fred Micklen, is exposed for his knowledge of sexual misconduct and the toxic work culture at the media organization. But is Cory Ellison's (Billy Crudup) job also in jeopardy after what happened? Tune in to Apple TV+ this Friday, September 17 to find out.

Everybody's Talking About Jamie - Jamie (Max Harwood) has always wanted to dress up in sparkly dresses and high heels and perform onstage. However, this gets him bullied at school. Even his own father is disappointed in Jamie, telling him how badly he wanted a son, so Jamie turns to his mother for support, as well as his best friend. Debuts September 17 on Amazon Prime Video.

Black Widow – Struggling with her past mistakes, Natasha Romanoff (Scarlett Johansson) finds her dark history as an operative for the KGB finally catches up to her. Now hunted by the government that turned her into the Black Widow, Natasha decides to stop running and heads to Budapest, where she reconnects with her sister Yelena (Florence Pugh), their mother figure Melina (Rachel Weisz), and their father figure, Red Guardian (David Harbour). Available September 14 on DVD/Blu-ray.

The Boss Baby: Family Business - The Templeton brothers — Tim (James Marsden) and his Boss Baby little bro Ted (Alec Baldwin) — have become adults and drifted away from each other. Tim is now married and a stay-at-home dad and Ted is a corporate bigwig with no time for family. But when Tim's baby girl turns out to be a boss baby, she gets them together again to stop an evil genius. Available September 14 on DVD/Blu-ray.

Check out our interviews with cast members James Marsden and Ariana Greenblatt: