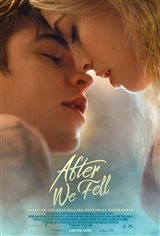 A big job opportunity opens up for Tessa (Josephine Langford) in Seattle, but when she tells Hardin (Hero Fiennes Tiffin), he reveals that he was hoping they would move to London after graduation. Although he tells her he wants her to be happy, he's not prepared to move to Seattle with her.

Meanwhile, he keeps up his controlling ways of limiting who her friends are and getting into violent altercations when things don't go his way.